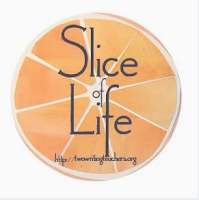 Two-year-old Olin cautiously peeks his head and chubby fingers from the small hallway separating my aunt's living room and entryway. He spies his ten-year-old cousin, Alaina, and shrieks. Two-year-old giggles are the best.

"Lay...na!" He cannot quite say her name yet, but this does not matter.

Alaina cranes her head out of the other end of the hallway, her slender fingers grasping the wall. She lunges toward his direction. Olin races around the hallway so she won't catch him.

Olin hides behind the wall and peers out, expecting Alaina to be on the other side of the room. But ten-year-olds are crafty; she whips her body in the opposite direction, surprising Olin. Suddenly, she's right in front of him. He squeals in delight.

"Gotcha, Olin!" She gently tickles him. They both erupt in loud giggles.

This variation of chase and peek-a-boo continues for most of the evening.

It's magical seeing my daughter play with my cousin's toddler son. How I wish we lived closer.
at March 28, 2019

Email ThisBlogThis!Share to TwitterShare to FacebookShare to Pinterest
Labels: Slice of Life #19, Writing about my children 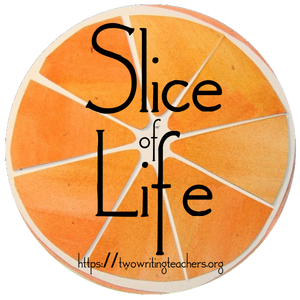