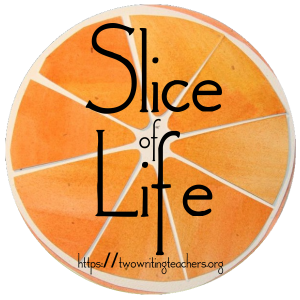 "Want to make pierogi?" I asked Isaac, my teenage son.

He eagerly nodded a yes.

I smiled. Until that day, he had only had pierogi, also known as Polish Dumplings, from the frozen food aisle. In my opinion, frozen food is never a close comparison to the real thing.

"I bet you will love pierogi that isn't frozen and processed, Isaac."

Our cooking day was a frigid Saturday afternoon back in January. It was a quiet and rare day, just the two of us - the perfect day to try a new recipe.

"I'm a little nervous as I have never made it from scratch before. I guess we order pizza if it's a flop." I offered.

I handed him my tattered copy of Leanne Brown's Good and Cheap and instructed him to search for the pierogi recipe. Next I reminded Isaac that the biggest cooking mistakes have been made when I have not taken the time to read the entire recipe before getting started.

Isaac read the recipe and slyly remarked, "we can handle this, Mom."

In the next few moments I placed the flour, yogurt, salt, and eggs on the counter. I handed my son five Russet potatoes to peel and cube.

As he boiled the potato pieces, I made the dough.

Throughout the process, we continued to return to the recipe, occasionally reading aloud the instructions, "What does it mean to have a floured surface?"

"It's like when we make cut out cookies," I explained. "That way, the dough doesn't stick so much to the surface."

That Saturday I taught him how to flatten out the dough with the rolling pin. We used the top of a water glass to make dozens of circle shapes. Inevitably, flour was everywhere.

He spooned in a teaspoon of the potato mixture inside each dough circle. From there, I folded the dough over the filling, sealed and pinched the sides together with a fork. We created an assembly line. 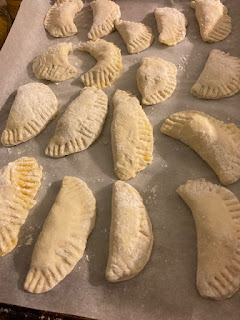 We continued the process until all of the ingredients were used up. Isaac and I counted up the pierogi. We made over seventy!

The final step was to boil the pierogi. By the way, pierogi are done when they float to the top of the lightly salted water!

Although you can eat pierogi after they are boiled, I like to sauté pierogi with a bit of butter. They tasted amazing with a little bit of sour cream. 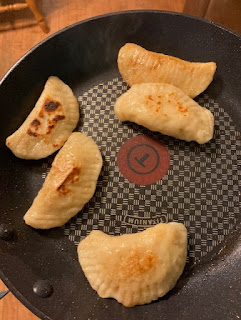 "You were right, Mom. Homemade pierogi taste SO much better than the frozen stuff! It was fun to make, too."

That night we both went to bed with full bellies. Most importantly, I was so grateful for this experience of cooking pierogi with my son.

Email ThisBlogThis!Share to TwitterShare to FacebookShare to Pinterest
Labels: Gratitude, Recipes, Slice of Life #22, Writing about my children

On Tuesdays I am writing and posting  a slice of my life , hosted by Two Writing Teachers.  Slice of Life #22: Nintendo Elevator Music &qu...